I experienced the Sliding Rock at Qunu ECTOUR CEO and travel blogger Jonke Fourie got to slide down the sliding rock at Qunu where Madiba and his friends (as well as many local kids before and after him) played as children.  Some of you seem confused so let him explain. 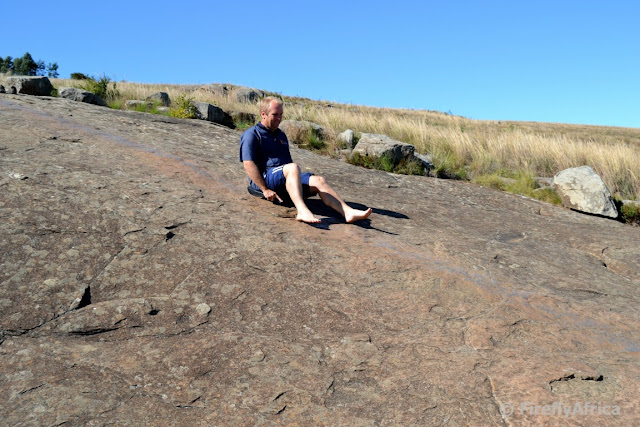 I got to slide down the sliding rock at Qunu where Madiba and his friends (as well as many local kids before and after him) played as children.  Some of you seem confused so let me explain.
On a recent trip up the Wild Coast I stopped at the Nelson Mandela Museum in Qunu and was taken on a tour by one of the guides.  Part of the tour takes one about 200 meters away from the museum buildings to a couple of granite rocks on the side of the hill on which the museum is situated.  It was on these rocks that local kids, including Mandela himself, came to play.  Back then the kids would slide down the rock sitting on pieces of wood or whatever object they could find that would slide across the rock.  While walking down I wondered why the guide was carrying the plastic seat section of a chair (like the ones we used to sit on during assembly at school).  The answer came very quickly as he demonstrated before handing me the seat.  It was time to slide.  At first you wonder if you would actually be able to go down on the seat and the next moment you've got to throw out anchors cause that rock is a lot smoother than you think.  It may not be able to compete with "adrenalin activities" like zip lining or kloofing, but the experience is just as memorable because of where you do it.  I can imagine a couple of boys going home with bruised knees and toes after a day at the sliding rock though. 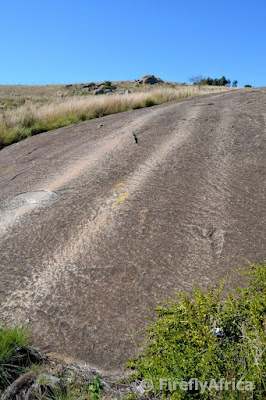 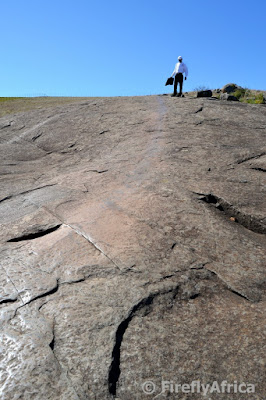