Exploring the Qolora River on the Wild Coast What does one do if you haven't got a lot of time in a place and there is something you really want to see?  The answer is just do it yourself.  But if the place is The Gates on the Qolora River on the Wild Coast and the only way there is along unknown bush paths, you get yourself a local to take you, like ECTOUR CEO and travel blogger Jonker Fourie did. 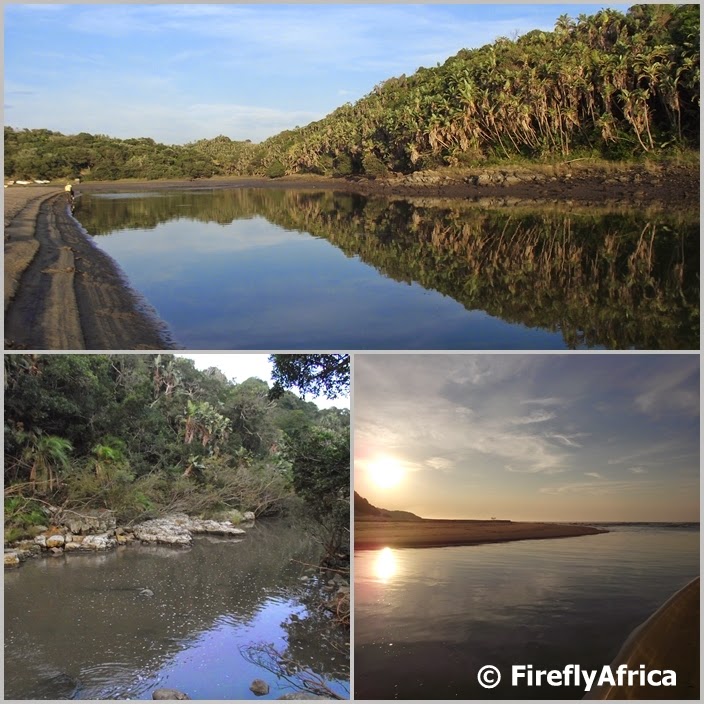 If there is an area I'm definitely planning to get to know better then it's the Wild Coast.  Earlier in the year while on a roadtrip to Durban, I spent a night at Trennerys Hotel at the mouth of the Qolora River, not far north of the Great Kei River Mouth.  As I pulled in fairly latish in the afternoon, it meant that I had limited time to explore before sunset and had to make a choice between heading down the coast towards the famous wreck of the Jacaranda or inland to The Gates on the Qolora River.  These are two of the main attractions in the area but more importantly for me, there is a Geocache at each location and I couldn't leave without finding at least one.  After getting some more info from the hotel staff I decided that the walk to the Jacaranda may just be a tad to far for the time on hand.  The Gates it was then.  But how to get there if you don't book a tour with Trevor's Tours starting at the hotel?  Again I chatted to hotel staff who advised me that if I really wanted to go there I should park up the road at the village and walk along the dirt road across from the little shop there. 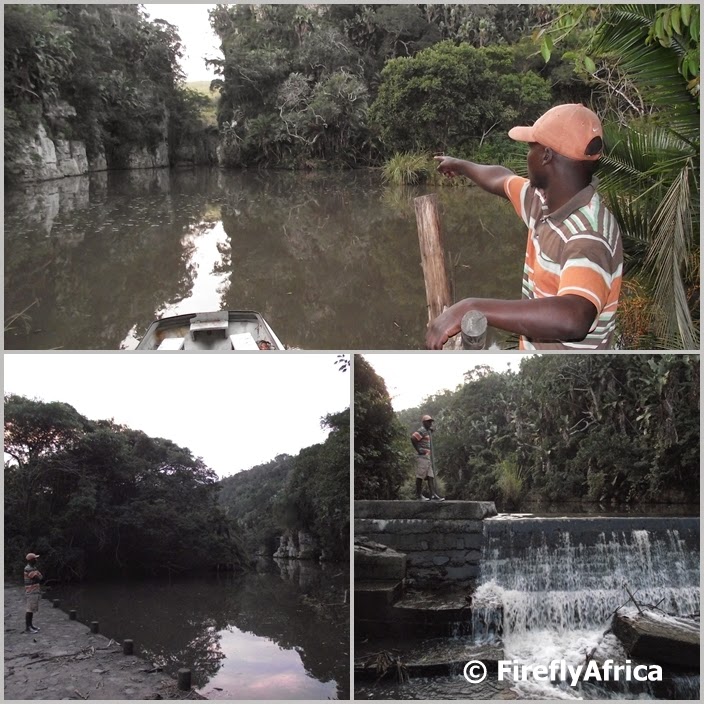 Arriving at the village I was immediately mobbed by a group of kids looking for sweets.  A young man called Lizo (sorry but I think that was what he said.  I seem to have misplaced my notes I took while chatting to him) came to my rescue - not that I really need to be rescued from a bunch of kids.  After chasing them off he asked me what I was looking for.  I told him I wanted to go to The Gates.  He cocked his head and asked, "Why?"  I explained that I wanted to go and see what it looked like and take some photos. "Why," he asked again.  This time I explained that I have a travel website and that I wanted to post about it on there.  He still looked at me funny and suddenly said that he would take me.  That was kinda unexpected and afterwards somebody asked me if I wasn't scared that he would rob me or something.  I just felt like I could trust him.
After asking me to park my car in front of his grandmother's house, we headed down the two track road full of holes and dongas on foot (there was no way my car was going to navigate that) and down into the forest around the river.  Lizo told me about the area, the river, the village and it's people and about himself.  He is unemployed and came back to the village after finishing school in Cape Town.  He actually worked for Trevor's Tours at some stage and really wanted to do guiding in the area again to take people to The Gates and the Jacaranda.  Once down by the river he pointed out The Gates and some of the other interesting formations.  The Gates is a narrow gorge with steep cliffs rising on either side (the remnants of a geological fault and water erosion).  The water at The Gates is said to be 7m deep.  From here he took me downstream a bit to the weir from where water gets pumped and a low water bridge.  As you can see in the photos the light was unfortunately fading fast and I wanted to get back to the car before dark.  When we got back to the village Lizo wished me well for the rest of my travels.  He didn't try to solicit a tip from me (which so many official tour guides often do) but I decided to give him something for his effort anyway.  He truly deserved it and without him I would probably have gotten lost and stuck down there in the dark.  I wish there was more people like him around willing to go out their way for visitors even if they don't work in the tourism industry.